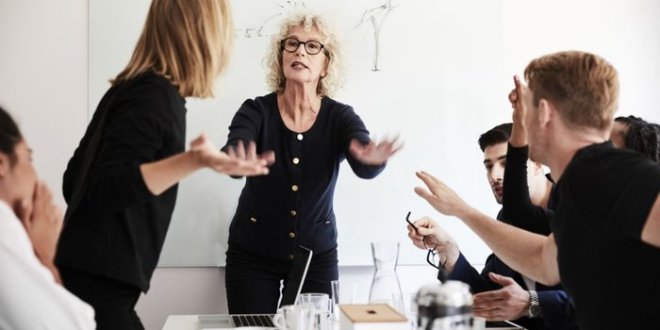 Psychological safety is an organizational climate in which individuals feel they can speak truthfully and openly about problems without fear of reprisal. We all love the freedom to speak our minds without fear (we all want to be heard) but psychological safety is a two-way street. If it is safe for me to criticize your ideas, it must also be safe for you to criticize mine – whether you’re higher or lower in the organization than I am.

Straightforward candor is critical to innovation because it is the means by which ideas evolve and improve. Having observed or participated in numerous group, team, leadership and board of directors meetings, I can attest that comfort with candor varies dramatically. In some organizations, people are very comfortable confronting one another about their ideas, methods, and results. Criticism is sharp and honest. People are expected to be able to defend their proposals with data or logic.

In other places, the climate is more polite. Disagreements are restrained. Words are carefully parsed or softened and transparency is opaque. Personal agendas are hidden and critiques are muffled. To challenge too strongly is to risk looking like you’re not a team player. A manager at a company where I once worked captured the essence of the culture when she said, “Our problem is that we are an incredibly nice organization.”

When it comes to sustainable long-term performance, the candid organization will outperform the nice one every time. The latter confuses politeness and niceness with respect. There is nothing inconsistent about being frank and respectful. In fact, I would argue that providing and accepting frank criticism is one of the hallmarks of respect. Accepting a devastating critique of your idea is possible only if you respect the opinion of the person providing that feedback.

Building a culture of candid debate is challenging in organizations where people tend to shy away from confrontation or where such debate is viewed as violating norms of civility. Senior leaders need to set the tone through their own behavior. They must be willing (and able) to constructively critique others’ ideas without being abrasive. One way to encourage this type of culture is for them to demand criticism of their own ideas and proposals.

A good blueprint for this can be found in General Dwight D. Eisenhower’s battle-plan briefing to top officers of the Allied forces three weeks before the invasion of Normandy. As recounted in Eisenhower, a biography by Geoffrey Perret, the general started the meeting by saying, “I consider it the duty of anyone who sees a flaw in this plan not to hesitate to say so. I have no sympathy with anyone, whatever his station, who will not brook criticism. We are here to get the best possible results.”

Eisenhower was not just inviting criticism or asking for input. He was literally demanding it and invoking another sacred aspect of military culture: duty. It’s our duty as leaders to demand more of ourselves and our team. How often do you demand criticism of your ideas from your direct reports?

Questions of the week:

Take the time to honestly and thoughtfully answer these questions. Share your thoughts and ideas with your team and your leaders, your family and your friends.

Kris Klinger is an accomplished visionary and leader. He lives in Downtown Los Angeles and is a staff and faculty member at the University of Southern California. Kris is passionate about nurturing and supporting strong servant-leader and employee-centric cultures. Cultivating transparency and trust; honest and candid communication; personal and professional development; individual and team empowerment. He is also an author working on his first book. View all posts by k2klinger

One thought on “Trust and Communication”